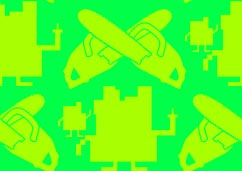 I believe I took a hiatus from the wiki around the time we were discussing this, so I want to bring it back up. What should we do to lengthen "Season x" Pages? I think we have Season 1 and Season 9 covered, (Season 8 was already in good shape when I came here), but what do we do about Seasons 2-7? The episode commentaries on the Volume 2 DVD are not very informative when it comes to Season 2. It talks a lot about "Baffler Meal" and how an average episode is put together, but it doesn't say hardly anything about Season 2. Perhaps we could add a new section to each page that mentions memorable episodes. Maybe...? I may be able to do some research for seasons on Google, but I can't guarantee how reliable they are. (Interviews with Matt and Dave sound like April Fools Day pranks.) Please reply with any and all suggestions.

I am sorry for not responding sooner. I do check the Wiki everyday, but I do not always have the time or motivation to edit or respond to new posts right away.

I am not sure about pointing out memorable episodes, that sounds pretty subjective.

Being forced to retype everything you wrote, because Wikia logged you out is NOT fun.

1.) Don't worry about it. I felt the same way when I took that hiatus in March.

3.) There ARE DVD commentaries for Season 3 (Volume 4), but alas, they are next to useless. I haven't watched them in their entirety, but it seems like Dave Willis was having a conversation with Dana Snyder, and thought it would be funny to record it for Volume 4. To quote Carl, "I put two and two together and realized that [the show creators] are trying to [tick] me off."

5.) I don't think the Memorable Episodes thing would work out, now that I've had time to think it through. That suggestion was a spur of the moment thing, which is why I put "Maybe...?" Every epsode of ATHF, good or bad, is extremely memorable, because of just how surreal it is. This is especially true of Season 2, which has so many memorable episodes; though, it may only seem that way, because it has 24 episodes total. I also feel this idea would create edit wars over which episodes are memorable.

6.) Thank you for taking the time to read this in its entirety. I had a good joke about the Grammar Police, but then I signed in (Wikia has this glitch where *I* sign out automatically sometimes), and the message I typed was deleted. Sorry.

Wikia does that to me too, I am always having to sign in. It's very annoying.

And yeah, I think we should just leave the pages that don't have any further information alone for now. If we can find anymore at some point, or if new information from the creators become available, we can add it in then.

Thanks, I look forward to hearing if there's anything relevant in the DVD commentaries.