I'm wanting to buy this in order to complete my ATHF dvd collection, but I can't seem to find any listings that is'int out of stock. It took me forever to get a proper price for the box-set and to find real images in the first place. If anyone knows where I can get this (I'm in america btw), or has one for sale, then please contact me. 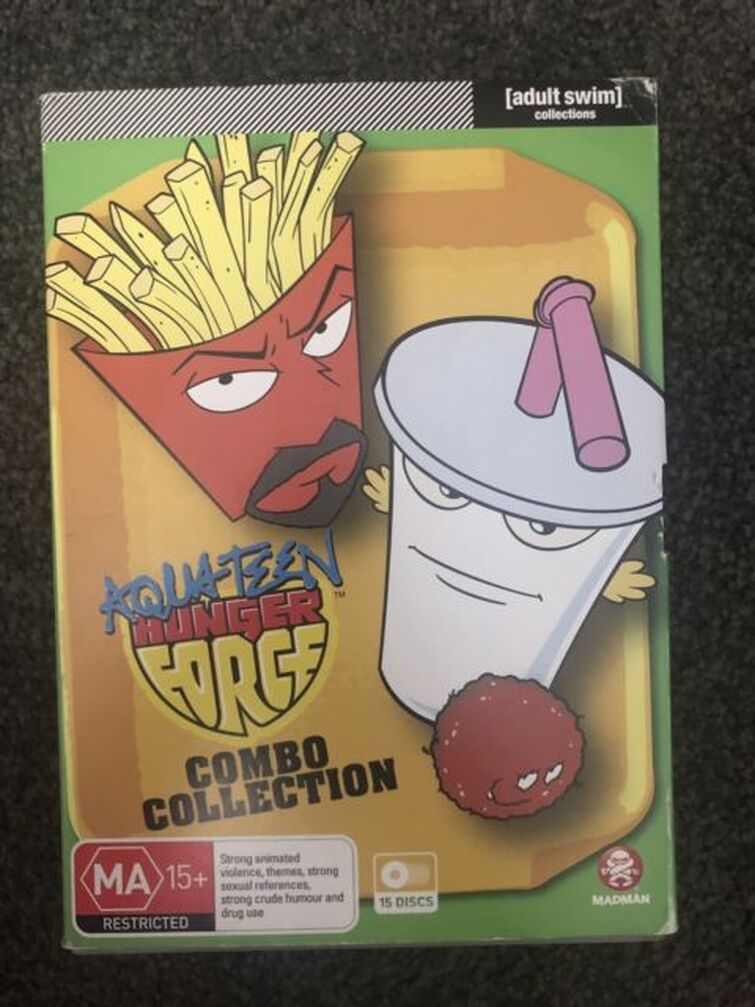 it’s only in Australia.

@Brady108 I knew that, I was just wondering where I can find it in stock so I could import it into America, if possible.

The combo collection may not be in stock but the individual volumes are (ebay) btw, whats your collection look like??

WHaT?! Australia gets all the good stuff. 😒

@KaylaJade4 ikr? That's what I tend to say with some games being only released in English over in Europe for some reason,

@RockoGuy991 I hav'int added to my AQTH physical collection, but I do own Volumes 1-5, and the movie all in pretty good condition. I've been wanting to get this elusive release of ATHF for ages now and since then have found an eBay listing for a copy that's around $70, but it went out of stock before I could buy it. The one I'm wanting the 2nd most is the PSP version of volume 4 which on the cover has Err instead of Ignignokt.