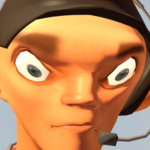 aka Your name but backwards

I have no idea what to put here, not like anyone is going to see this anyway.

The Hall of Fame/Shame

All of these are my personal opinion.

Retrieved from "https://aqua-teen-hunger-force.fandom.com/wiki/User:Splurdge123?oldid=27063"
Community content is available under CC-BY-SA unless otherwise noted.